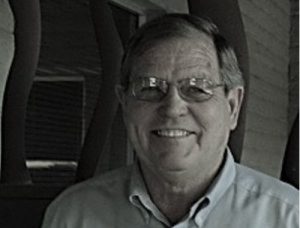 As co-owner and lead Project Manager of Eren Design and Remodel, Terry Donald comes by his love of remodeling honestly. “My dad was a carpenter, and my brothers and I were always working with tools. Dad taught us how to use tools correctly, to respect them, and to take care of them.” Growing up in Moravia in upstate New York with two brothers and a sister, Terry appreciated the bedrock values of family, honesty and hard work that come with a small town upbringing. Unfortunately, work can be hard to come by in a small town and, after a stint in the Air Force, Terry and Janice moved from New York to Arizona in the early 70’s and haven’t looked back.

When asked about what is most satisfying about his work at Eren Design and Remodel, Terry replies, “the challenges that occur every day in the field. I know that sounds strange, but if there were no challenges then I wouldn’t have the fun of figuring out innovative solutions.” Working with clients is also one of the great pleasures of the job. “Really, after a certain point, they become part of the family,” he says.

According to Terry, Eren Design regularly gets calls from past clients looking to do “just one more remodel.”

When not working, Terry likes to putter in his shop making detailed wooden boxes out of mesquite wood. “It’s relaxing, and they make great gifts.” Terry and Janice also like to spend time with their grandkids. “We took a very memorable train trip with some of the grandkids four years ago. We took the train from Seattle to Chicago. They are still talking about it!”

Falling In Love With Your Home Again

From whole house remodels and kitchen updates to bathroom renovations and cabinet replacement, our design team has worked with hundreds of Tucson homeowners to reveal the full potential of their home.